Robby Cummings and Beyond the Veil

This is a "One Blood"Revival which encompasses the Unity of the Churches and Unity of the Races for the Healing of the Nation. UNITY of the Body of Christ - Every Tribe, Nation, and Tongue under the Banner of Jesus Christ! 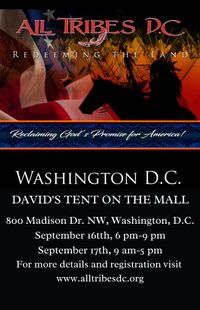 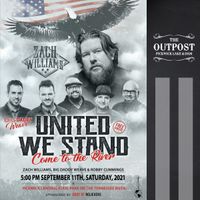 Robby and the band will be with Zack Williams and Big Daddy Weave for a night of worship on the water. All the details coming soon. 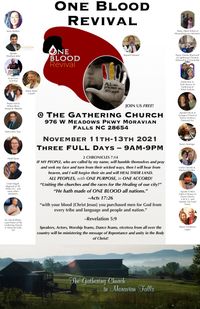 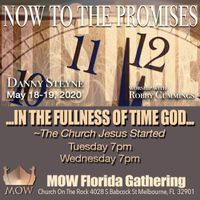 Church On The Rock

Mountain Of Worship.. Now To The Promises

We are calling for a company of 500 committed ones, including elders and leaders among Native Americans, to gather to a chosen field called Hebron, in the region of the “apostolic chiefs”. In 1975, Billy Graham gave an iconic speech at a conference on Indian evangelism, saying to Native American leaders, “You are a sleeping giant, the original American. You are now awakening. Just around the corner, you may become a spiritual superpower in this country that could change not only America, but the world.” From the evening of May 14 to May 16th, Pentecost Sunday, we will make Ruth's covenant statement to Israel "Your people will be my people and your God will be my God;" and Native America will rise up, no more a sleeping giant. Another prophetic voice, from Kansas City, Bob Jones, said that ‘one day the [Kansas City] Chiefs would win the Super Bowl, and it would be a sign that God was raising up his apostolic chiefs and revival would be imminent’. Bob’s favorite numbers were 22:22 or 222 and often had divine encounters on Feb.2 throughout the years. As a signpost to us, not only did the Kansas City Chiefs win the Super Bowl on 2-02-20 but it was the coach’s 222 win. God is raising up His people with great authority The Four Ruths’: in a dream in a hotel in Jerusalem in 2007, the Lord spoke to Lou Engle….. • Ruth Graham (the wife of Billy Graham) representing the 1948 establishment of Israel as a nation, and the corresponding 1948 worldwide explosion of evangelism. • Ruth Heflin (an amazing prophetess and worship leader who lived and ministered in Israel for 26 years), representing the Presence of the Lord coming to Israel. • Ruth Prince (Derek Prince’s wife). Derek, my mentor, loved and lived in Israel and taught profusely on the prophetic destiny of the Jewish people. Ruth, in the dream, was representing the church’s embrace of Israel’s end-time purpose.

Two Tree Island is a community of boaters who all meet out on the water during the summer to worship and to glorify the Lord.. for more info go to www.twotreeisland.com or call (706) 590-5555

Night of worship and stories with Robby Cummings